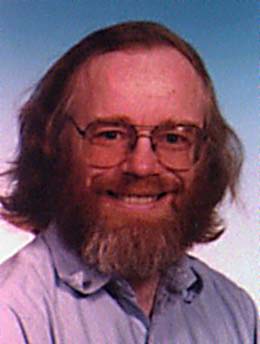 In the 1950’s, the Bell Telephone company established the standards for the first modems with the Bell-100 series of modems. The Bell Dataphone 103, released in 1958, was the first modem to transfer digital data over telephone lines, with a top speed of 300 bits or 30 characters a second. By the 1970’s, modems were in relatively common use by businesses and universities, making a powerful wide-area networking capability available to any organization with a few hundred dollars and access to a telephone.

In 1979, Jim Ellis and Tom Truscott, computer science graduate students at Duke University, were familiar with the first mailing lists on the ARPANET and wanted to make similar capabilities available to universities that weren’t doing research with DARPA. To provide the most basic capability to share communications, they conceived of a simple program to automate the transfer of files between any two computers using telephone modems.

Ellis and Truscott called a meeting to discuss their idea, which was attended by Steve Bellovin, a computer science graduate student at the University of North Carolina. Bellovin then wrote the first Netnews program in three pages of the Unix Bourne shell language to transfer files between two computers over a telephone modem connection, using the UUCPutility distributed free with the popular Unixoperating system. He later rewrote the program in the more efficient C programming language.

The first version of netnews was simple and efficient. It periodically checked the “last saved” time-stamp of each file in a specified directory, and then sent any file updated since the last check to another computer using UUCP across a modem connection. The first implementation was set up between the University of North California and Duke University Departments of Computer Science. The Duke University Medical Center Department of Physiology was added in 1980.

Version A. Ellis and Truscott announced the Netnews idea design at the January 1980 Usenix conference in Boulder, Colorado. Tom Truscott and Steve Daniel (also a graduate student at Duke) then rewrote the program to create what was called Netnews Version A.

Since Netnews was designed for Unix at a university, it was automatically categorized as public domain software under the conditions of the Unix license, which greatly facilitated its subsequent use and adoption. Duke University then invited other sites to join the network, which was made much easier since the software was free, starting the first great Usenet expansion. The network soon spread to universities across North America, quickly establishing a critical mass of useful information, which made it even more popular again.

Version B. In 1982, Netnews Version B was created by Matt Glickman and Mark Horton to increase its efficiency so it could cope with the increasing loads of the growing network. In 1984, Rick Adams at the Center for Seismic Studies took over maintenance of Version B.

Version C. In 1989, Netnews Version C was developed by Henry Spencer and Geoff Collyer at the University of Toronto to increase its efficiency even more.