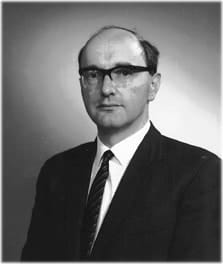 Donald Davies and his colleagues at the UK National Physical Laboratory independently discovered the idea of packet switching, and later created a smaller scale packet-switched version of the ARPANET.

In 1965, while Donald Davies was Superintendent of the National Physical Lab (NPL) in Britain, he proposed development of a country wide packet communications network. He gave a talk on the proposal in 1966, and afterwards a person from the Ministry of Defence told him about Paul Baran‘s work for RAND being done independently. In one of those coincidences so pervasive in the history of science, Davies had independently decided upon some of the same parameters for his network design as Baran, such as a packet size of 1024 bits.

At the 1967 ACM Symposium on Operating System Principles, Lawrence Roberts met Davies and Roger Scantlebury from the NPL, who had published a paper at the conference titled A Digital Communications Network For Computers. As Roberts continued his planning at ARPA to build a wide area communications network, the terms “packet” and “packet switching” were taken from Davies work.

In 1970, Davies helped build a packet switched network called the Mark I to serve the NPL. The Mark I had only a few nodes within the NPL, and operated at a speed of 768 kbps. It was replaced with an improved network called the Mark II in 1973, and remained in operation until 1986, but it never had the funding to develop on the scale of the ARPANET.

Resources. The following paper provides more information on the NPL: